Tower fan is also known as convection fan. According to the principle of airflow, the tower fan forms a three-dimensional exchange system between indoor and outdoor air, similar to the blower of a stove, which can also supply air even if there is no fan. The fan is used with the air conditioner to form a circulation of air flow, suitable for families with elderly and children. Its 360-degree omnidirectional air supply, so that the room has no dead corners of air supply, and makes people feel comfortable. Nowadays, the most popular size is 48 inch tower fan. 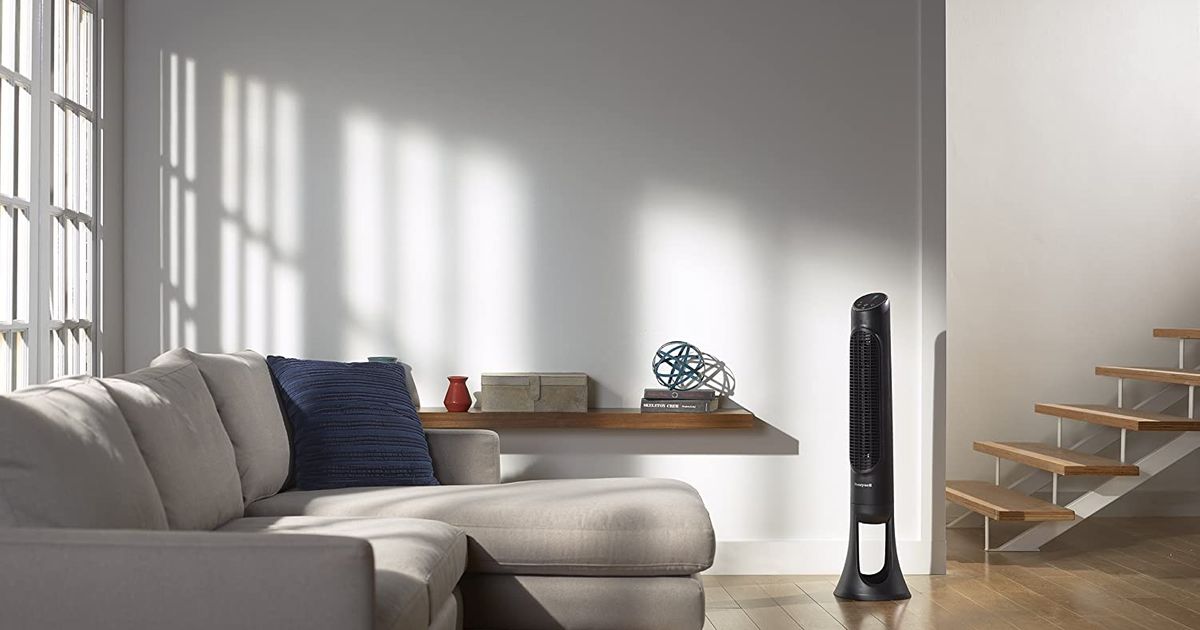 Through the rotation of the wind wheel, the wind is "thrown out" through the cross-flow fan to form an air flow --- the centrifugal wind is generated by the wind pressure after the rotation of the wind wheel, and finally the wind is transmitted through the internal air guide wall. Since the cross-flow wind wheel is generally cylindrical, the three-dimensional air flow wall, or "wind curtain", is obtained by using tower fans. The wind curtain is perpendicular to the ground and blows left and right. In addition, the tubular wind wheel has many blades, so the air supply is uniform and soft, which is very close to natural wind.

The function of the 48 inch tower fan

Aromatherapy function --- through the aromatherapy box placed at the air inlet of the fan, it is possible to add aroma to the circulating air.

Humidification and refrigeration --- through the water tank placed at the air inlet, ice cubes are added, and the air is cooled by the ice, but the effect is mediocre.

Negative ion function --- a negative ion generator is installed in the fan body to produce high-concentration negative ions to refresh the air.

Generally, a "microcomputer temperature sensing system" is added to realize the intelligent control of the air supply volume by sensing the change of the room temperature.

Remember the last state of the fan used by the user, and directly enter the final state after booting.

All moving parts/fan blades are well wrapped in the unit, so there is little chance of injury. If you have pets and animals running around the house, this is good because you don't need to worry about it.

In addition, the tower fan has a more stable base in most cases, so it is more difficult to knock down.

Vertical fans tend to work best in only one type of space or enclosure. For those who are looking for fans for small and medium-sized spaces, they can install tower fans in the corners of any room and still enjoy the same air circulation brought by the heavier fan.

Traditional fans often have exposed blades, which means that any sound they make can be clearly heard. Due to their top-heavy design, this will also put a lot of pressure on the equipment itself, resulting in constant mechanical noise. Relatively speaking, any noise from the tower fan will be silenced inside the equipment enclosure. They are not silent, and you should not expect them to be silent, but they are much quieter than most other types of fans.

Another advantage of the ultra-thin design is that the tower fan is lighter than traditional vertical fans. Their fan blades are enclosed in the device, giving them a better balance and reducing their fragility. It takes a lot of work to knock over a tower fan! If you live in a home with excited kids or pets who can easily knock over things, tower fans should be considered essential.

After reading this article, whether you have interest in tower fan, can’t wait? If you want to find a wholesale OEM 48 inch tower fan exporter, supplier, manufacturer and factory, we are sure we will be your best choice. Any time, any place, just contact us.